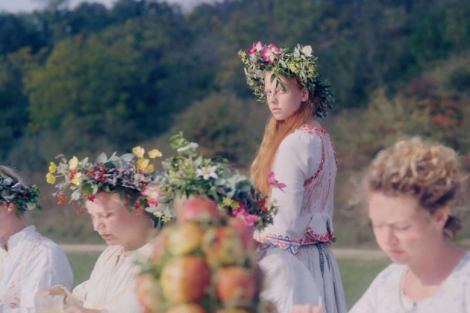 Moving forward into the October Overlook Madness, this time since the Cinemassacre’s Monster Madness moved onto a film that I had already seen, I moved forward into time chronologically and found out that I’ve seen pretty much every big horror movie that I wanted to see from 1993 onwards, at least on my temporary list. That’ll change, for sure, once I complete the list. The only one I hadn’t seen was this recently released horror film. What did I think? Well…

Look, ‘Hereditary’ (2017) was fine, it was a surprise to see that without any kind of hype or press before it, a movie that came out of nowhere to scare and make people feel exhilaration regarding the dark plots woven by people around us. That there was something dark and foreboding, that was something quite cool to see, even if it wasn’t the horror movie to end all horror movies, as some tried to say it was, specially because of how unbalanced it was. But people bought into it, people clapped and people got what they deserved: Ari Aster unhinged, going at the worst of his instincts and doing something totally unchained, ‘Midsommar’.

The experience of seeing ‘Midsommar’ is a discomforting one, but not because of the horror that it builds up to, or because of the atmosphere it creates (which has a really big problem when its whole idea is that it’s sunny and you can see everything and everything is kinda flat in terms of light – although the cinematography is good when it comes to that), but because of the amount of time that it wants us to sit with moment after moment with unlikable, boring and uninteresting characters. The protagonist, played by Florence Pugh, does her best to try to come up with some sort of good will towards her, but everything is crushing down from the start, she plays a whining woman that can’t seem to let go of her boyfriend because she’s clingy, instead of trying to focus on her trauma after the death of her entire family.

When she travels to Sweden, alongside her boyfriend and his friends, they get instantly into a series of moments that would be red flags for anyone. These are people that are all vying for a PhD of sorts, and they’re all dumb as rocks when confronted with people that want you to get high the moment they set foot outside their cars, or how they do some sort of ritual suicide/killing ceremony that would make anyone with a couple of centimeters in their forehead to run away to the nearest authorities so they can take care of this murderous cult. Instead, we have to feel thrilled at how everyone in their party starts to disappear little by little.

The film does absolutely nothing to make us care about their traditions, the ceremonies, and the absolute obvious realization that “oh shit, my boyfriend is kinda bad I guess” by a series of scenes that don’t build up to anything except for the beauty of the sequences themselves.

Because, to my own chagrin, this is an absolutely gorgeous movie in practically every sense (except for the editing), all of this which is almost ruined by Aster’s direction and sense of foreboding that doesn’t really work for the plot presented here. We’re on a fast track at a certain point, we know where it’ll go, there’s no surprises there, not even one single possible diversion. It just goes there, and we don’t care enough to think what could’ve been better. We just assume this as a loss. The most hyped horror film of the year is a bust. What a fucking shame.